Having obtained a diploma in aeronautics in 1955, Lebovici studied drawing at the Grande-Chaumière, moving on to the Ecole national supérieure des arts appliqués and then the Ecole des arts et métiers in Paris in 1957.

In 1962 he joined Serge Mansau’s studio (Mansau was born in 1930). Here he learnt glassblowing. In 1965 he made one of his first pieces, the Aquariophile table. Not long afterwards, in 1969, he opened his own sculpture studio in the rue d’Artois in Paris. Here he produced his first light works thanks to financial backing from the industrialist Phlippe Lhotellier. That same year, he met Felix Canetti from the Société Distrimex who began to produce his designs. These were soon commercialized internationally. In 1972 he opened the gallery ‘Formes et Couleurs’ in the 18th arrondissement in Paris. Here he exhibited unusual objects found at flea markets alongside his own creations.

In 1973, he founded the group MOB 6 with five other artists and designers: François Arnal, Michel Boyer, Pierre Folie, Jean-Pierre Mesmin and Bernard Berthet. They were joined the following year by Andrée Putman and Ben Swildens. His meeting with the gallery owner Jean-Claude Riedal in 1974 enabled him to create a perfume line entitled ‘Constructivisme’ for Madame Grès. The couturier Pierre Cardin became interested in his work in 1978 and started exhibiting his work in his own gallery. He also produced a series of one hundred of Lebovici’s Satellite lamps.

The following year, Lebovici set his studio up near the Trocadéro and received numerous interior design commissions for shops and private apartments in France and abroad. It was during this period that he created furniture for Hermès and Lancel. This is also when he began making outsize pieces.

In 1980, he participated in several exhibitions at the Musée des Arts décoratifs and at the Salon du luminaire, where he was awarded the ‘Lampe d’Argent’ prize. That same year, Lebovici moved to a larger studio in the 18th arrondissement where he started working with the industrialist Yvon Poullain, future patron and friend. For Poullain, he notably developed architectural designs for barges including the restaurant La Flotille. By this stage, Lebovici had gained international renown and his work was regularly exhibited, whether at SAD, the Salon du Marché de l’Art, the Musée Mandet-Riom (for the silversmith Christofle), or the Centre Pompidou (in the context of the exhibition ‘Lumière, je pense à vous.’).

In 1983, Stéphane de Beyrie’s gallery organized a large-scale retrospective exhibition of his work. In the early 1990s Lebovici, who considered himself more a sculptor than a designer, planned a series of monumental works for the huge square at La Défense. A second retrospective exhibition that covered Lebovici’s work from 1967–1997 was held at Whitford Fine Art Gallery in 1997. During the final years of his career, Lebovici devoted himself primarily to creating monumental sculptures such as Fario, in bronze, and l’Envol, which was only inaugurated in 2014.

This highly imaginative conceptual sculptor died in Paris in 1998.

His work can be seen in the permanent collections of the Fonds national d’Art contemporain and the Musée des Arts décoratifs in Paris. 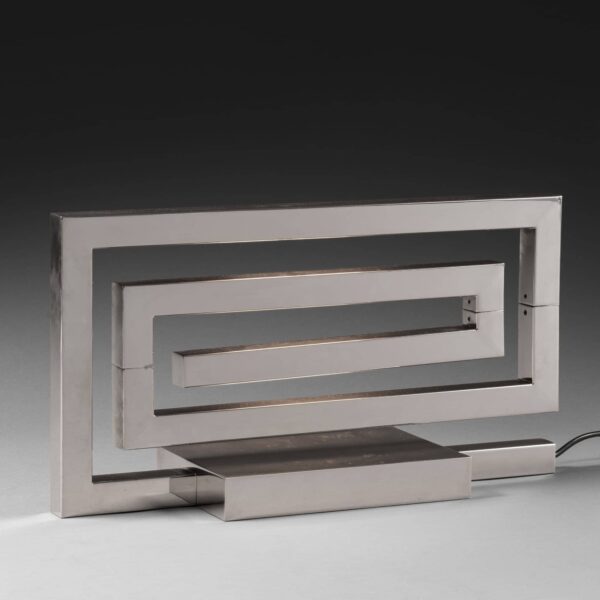 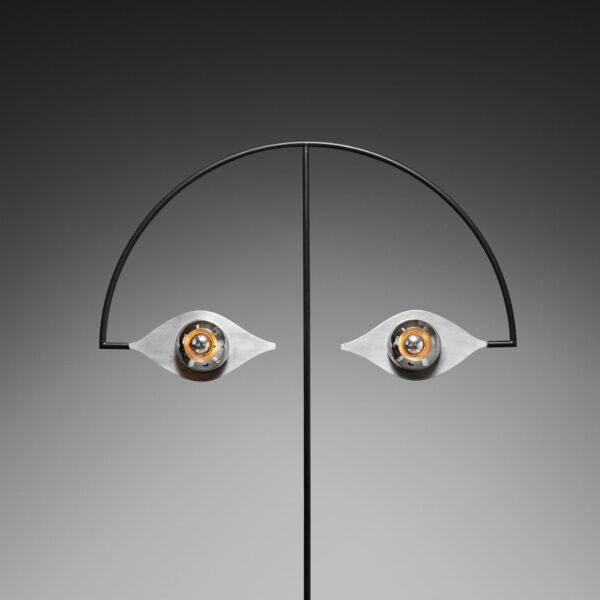 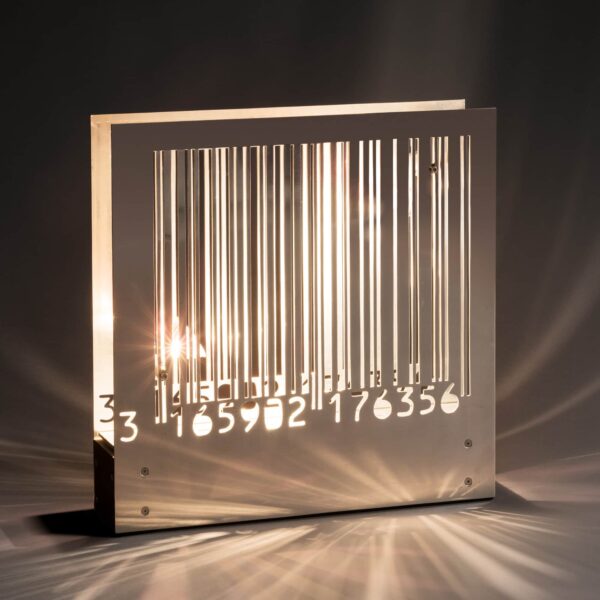 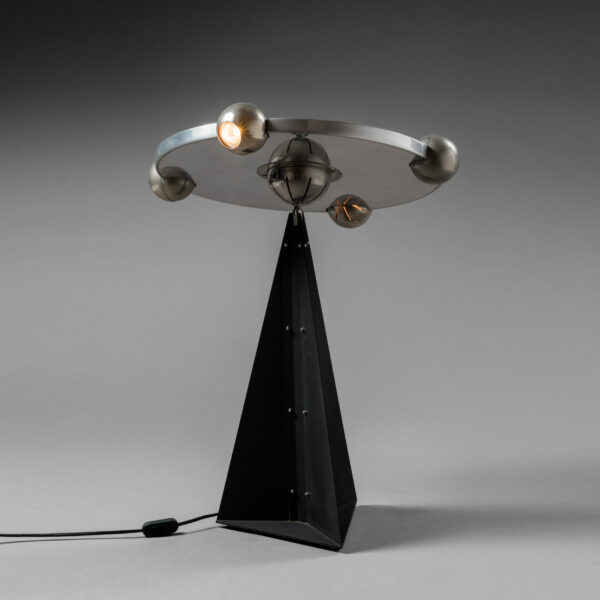 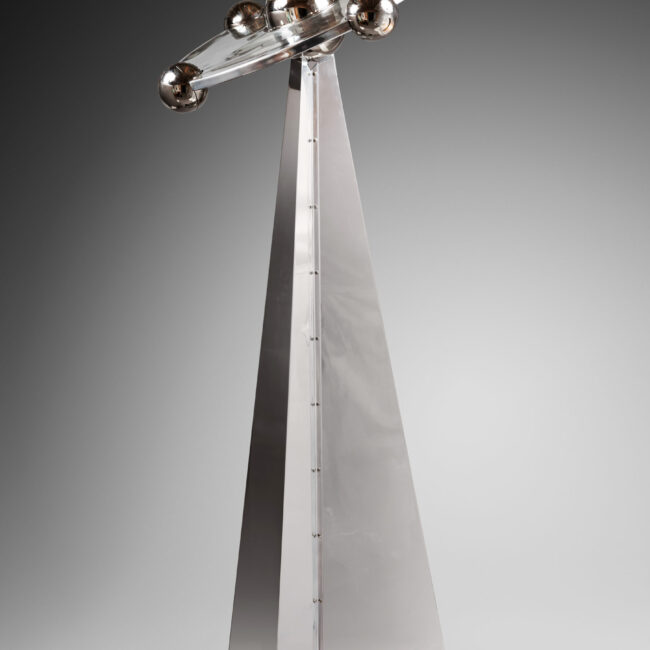 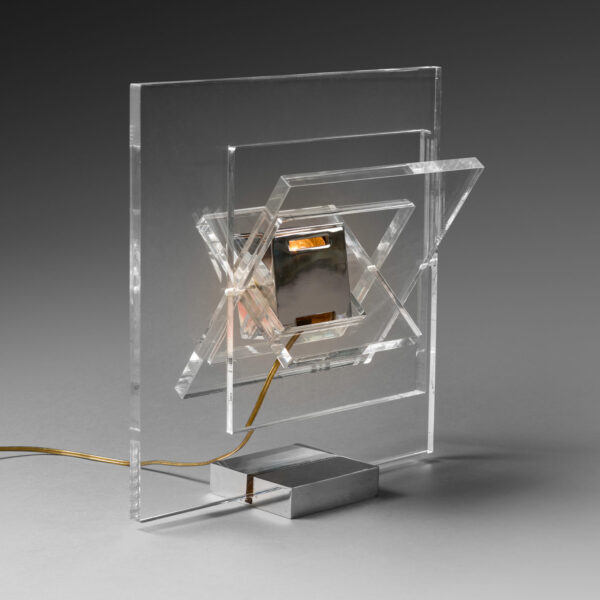 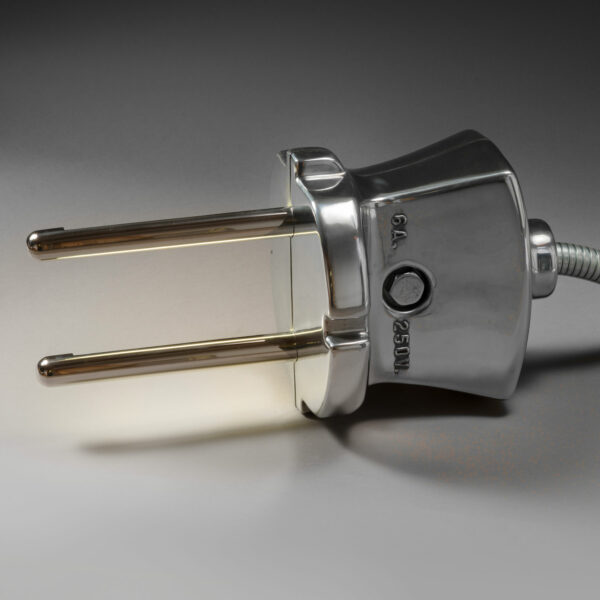 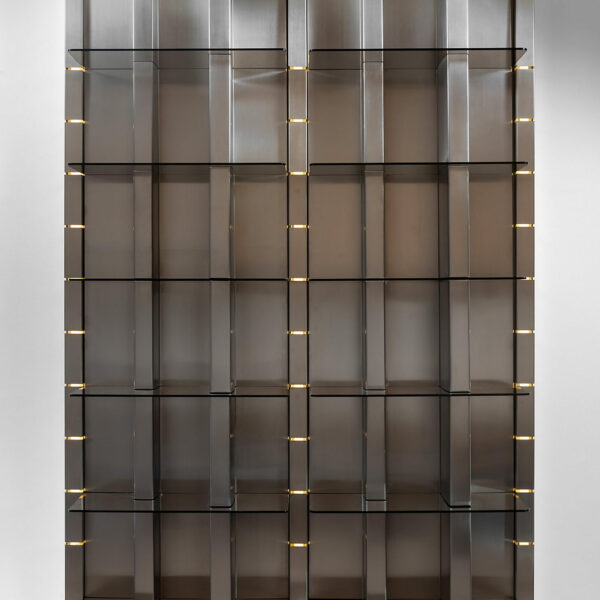 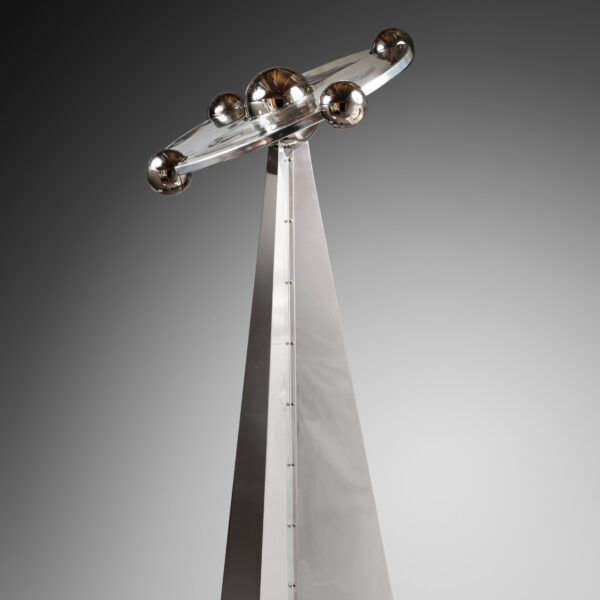 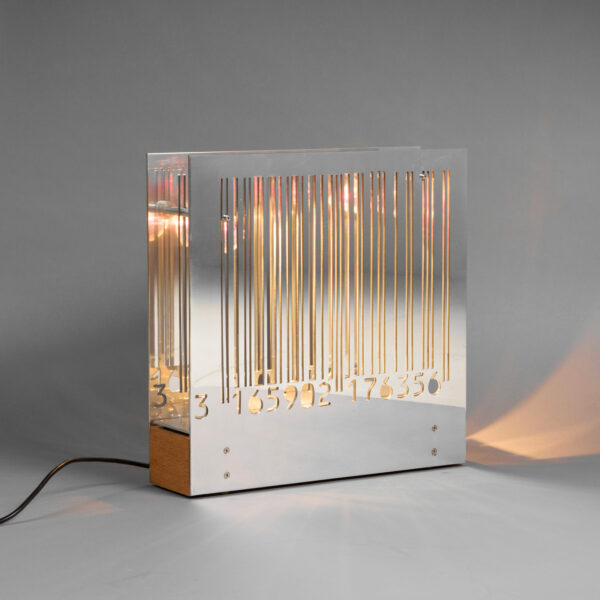 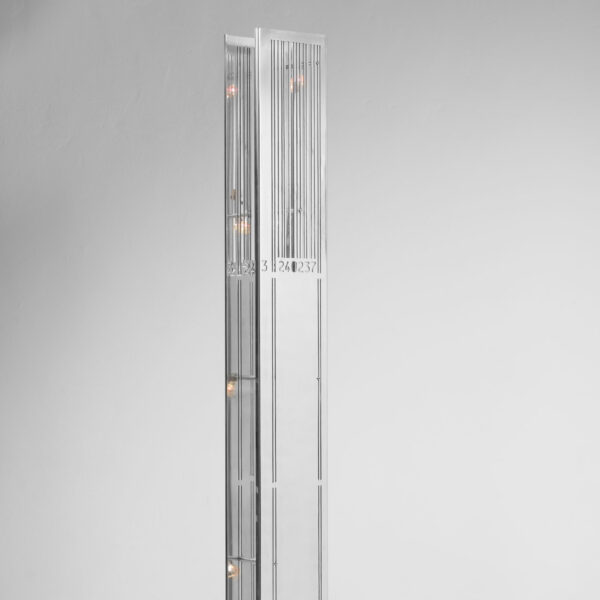