In 1948, Picasso moved to Vallauris where he stayed until 1955. Picasso built a ceramic work which still marks by its size and fascinates by its inventiveness.
It was in 1946, while visiting the annual exhibitionof the potters of Vallauris, situated on the shores of this Mediterranean sea steeped in culture and tradition, that Picasso, curious about everything, carried out his first ceramic experiments when he met Suzanne and Georges Ramié, owners of a ceramics factory – the Madoura workshop. Madoura is an acronym composed of the first syllables of the words Maison, Douly and Ramié. Douly being the birth name of Suzanne Ramié, its founder and owner. 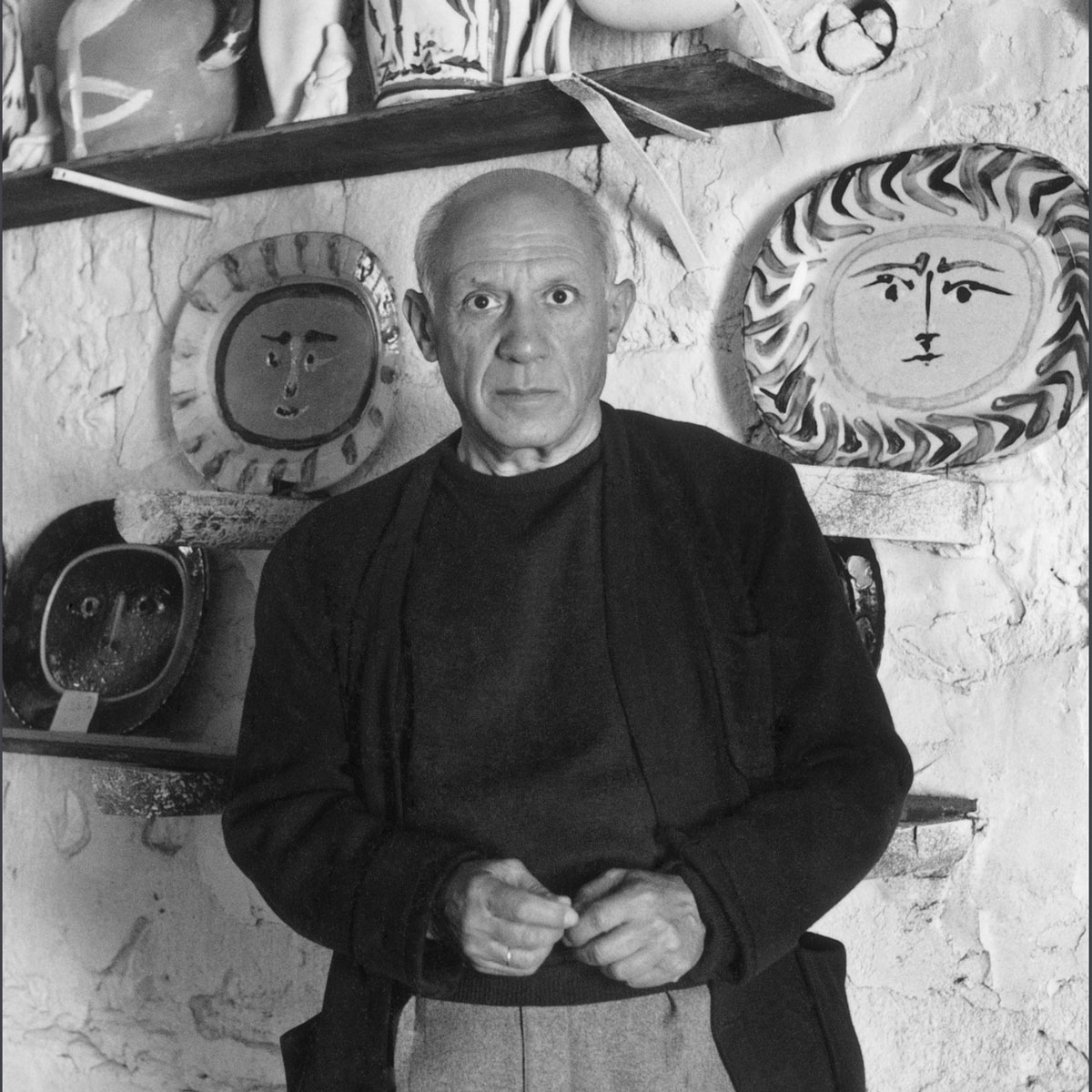 Picasso moved with Françoise to Vallauris the following year, in 1948, he decided to devote himself to this activity which offered him new creative perspectives: the malleability of the clay and the magic of firing in the kiln which reveals the bright colours of the glaze and the brilliance of the varnishes. His practice is unorthodox. Picasso, a sculptor, shaped the clay with fauna and nymph, cast the clay as one does bronze, tirelessly decorated dishes and plates with his favourite themes (bullfighting, women, owls, goats…), used the most unexpected supports (fragments of pignates, gazelles – firing material – or broken bricks), invented white pastes which are unglazed ceramics decorated with relief elements. For Picasso, ceramics was by no means a minor art.
The following twenty years are an intense period of ceramics production estimated at nearly 4,500 pieces. The Madoura workshop was the exclusive publisher of Picasso’s ceramic work.
The «bearded man’s wife» is the reflection of this intense production of Picasso’s which occupied him during the last years of his life. 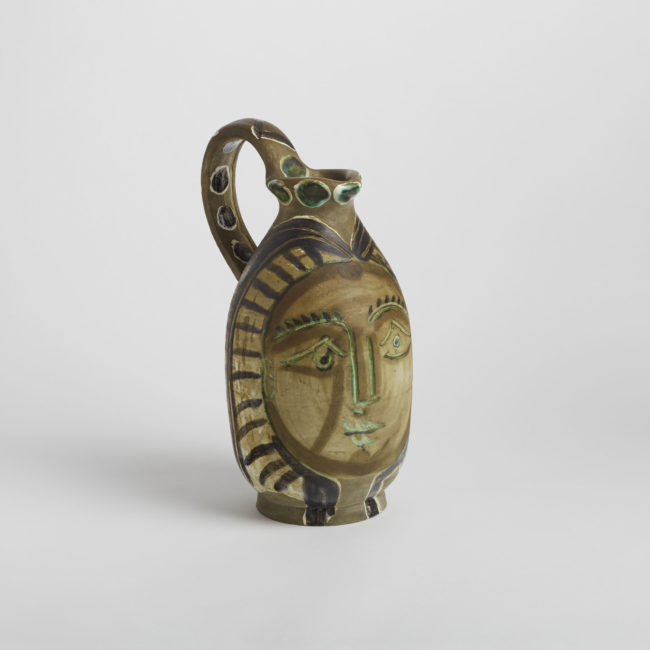