Jacques and Dani both had an artistic training: Jacques as a painter, Dani as a sculptor.
Reunited by their passion for ceramics in 1950, the young couple began working with this material together in a studio in the Ecole des Beaux-arts, rue de Buci in Paris, setting up their own studio in 1954.
In 1953 they were already exhibiting at the Siècle Gallery, Boulevard Saint Germain, and they participated in exhibitions in France and abroad throughout the 1950s.
They also presented work at the Salon des Artistes Décorateurs.
Established near Avignon from 1970 on, their production was regular and their work continuously diffused via Parisian and provincial galleries right up until the late 1980s.
Jacques and Dani Ruelland continued working together until 1992.
Their round vases and long thin-necked bottles were usually covered in very brightly coloured, shiny enamel. 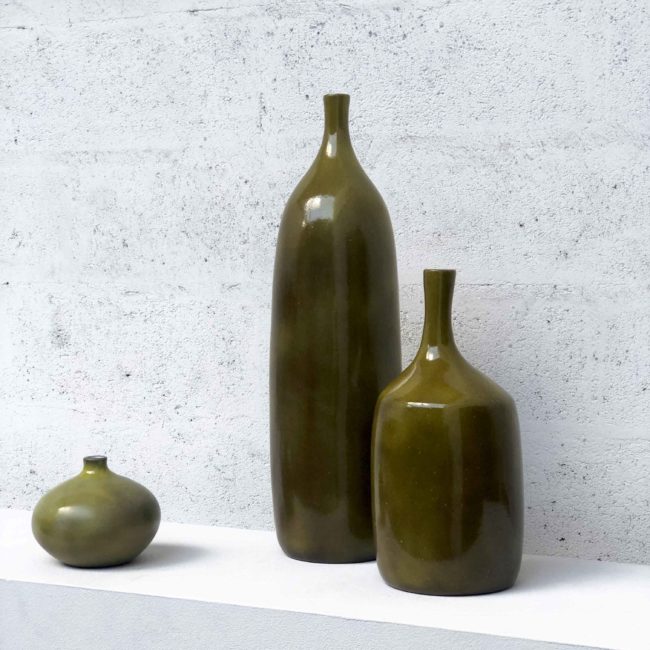