Jose Zanine Caldas (1919-2001) was a multi-talented Brazilian architect. A builder, carpenter, sculptor, designer, Caldas did not limit himself to a single field of action. His overall vision focused on Brazil’s social difficulties. Caldas’ work is a dive into Brazilian memory and identity. Committed to nature, he sought a solution to the housing shortage through the use of wood. As a source of energy, Wood was at the core of his reflections. 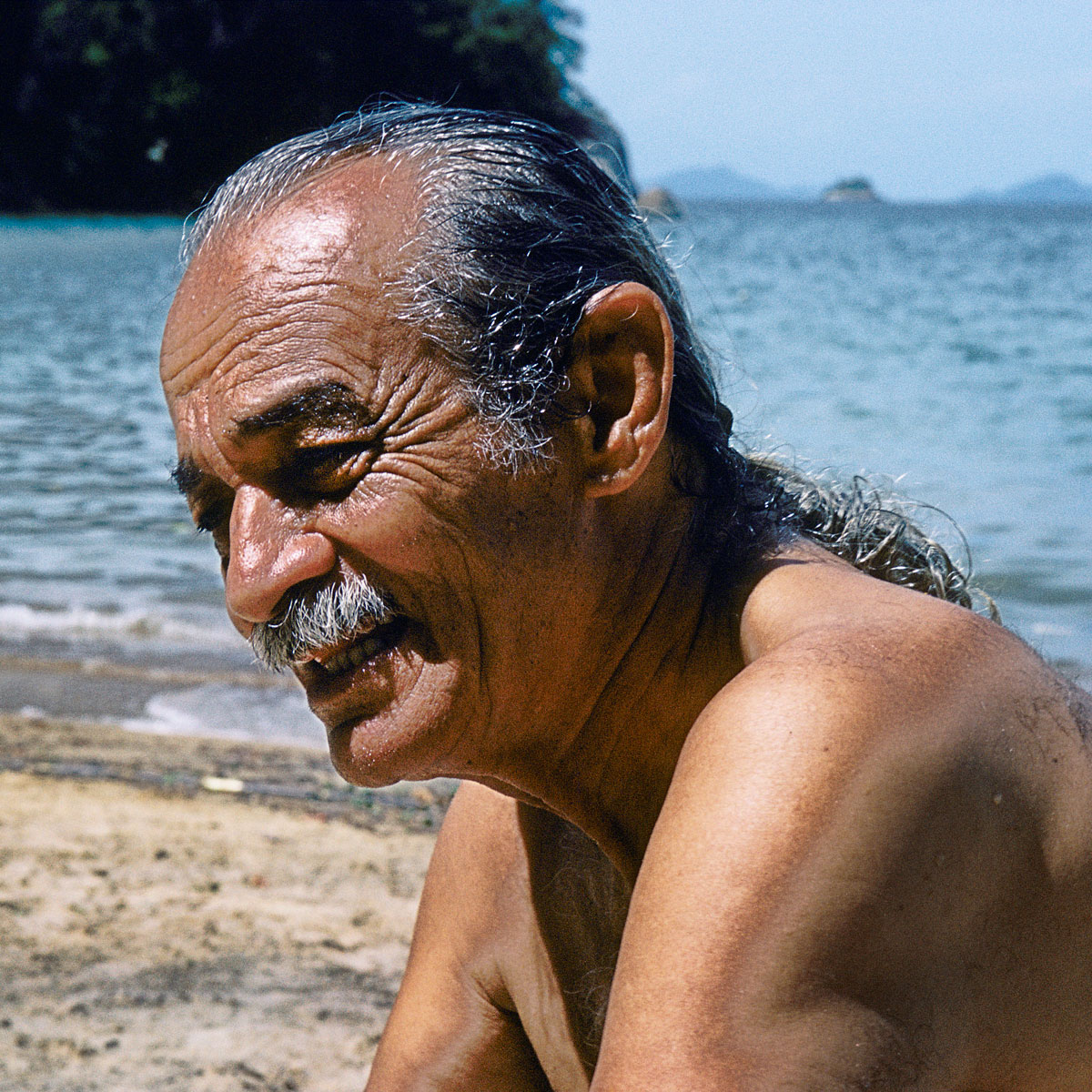 The self-taught architect and designer was born in 1919 in Belmonte, on the west coast of Bahia. He began his career at the age of 18 as an industrial designer in São Paulo. It was only two years later, at the age of 20, that Caldas set up his own workshop in Rio de Janeiro.

In eight years, he has produced nearly 750 small-scale models for the most renowned Brazilian architects. Shaping architectural projects into small-scale models allowed him to easily manage volumes in space. Scaling is at the centre of Caldas’ work. He switched effortlessly from models to sculpture or furniture, and later on, from private construction to public buildings, and finally to the conception of whole urban programmes.

In 1949, he founded the “Fabrica de Moveis Z” (A Furniture Factory), which operated until 1953. He explored the various possibilities offered by plywood and chipboard. He designed modern furniture with accessible designs for everyone. All the production is based on the precarious nature of industrial conditions. Caldas was aware that in a country like Brazil, natural resources should not be wasted. This social endeavour is a milestone in the history of Brazilian design.

Inspired by a modernist Utopian vision, he was involved, with Oscar Niemeyer (Brazilian architect, 1907-2012), in the Brasília movement in the 60’s. Caldas, however, quickly moved beyond its functionalist aspect. In 1983, he founded the Centre for the Development of the Uses of Wood (DAM), which brought him international recognition. In the 1980s, he set up a new workshop in Nova Viçosa, reviving traditional woodcarving techniques and trying to renew local craftsmanship.

His ecological beliefs led him to create “all-wooden” houses, harmonized with the land. Caldas wanted to integrate the building into the landscape right down to its interior. An enthusiastic builder, Caldas has built almost 400 houses throughout his career : from workers’ accommodations, which could be completely dismantled, to villas on the hillside of Joatinga, to Frans Krajcberg’s workshop in Nova Viçosa or to the Pedra Azul hotel (Espirito Santo).

In Caldas’ work, technique and aesthetics never conflicted with each other. Utility and beauty coexist within the creation of massive furniture in which the original shape of stump and trunk, or the use of pieces of recycled wood, determined the final form of the object. To sculpt, the tools used were rudimentary, secular. José Zanine Caldas loved leaving things to luck. He took his time and gave these unique pieces a universal expressiveness.

Caldas taught in São Paulo and Brasília, but also in Paris and Grenoble. Since 1975, exhibitions have been devoted to this “born-architect”. The Museum of Modern Art in Rio de Janeiro, the Art Museum in São Paulo or the Foundation of the “Palacio das artes” in Belo Horizonte have all exhibited his works. In 1989, on the occasion of the Autumn Festival, the Museum of Decorative Arts in Paris dedicated a retrospective to him : “Zanine – The Architect and the Forest”. When he died in 2001, his fame had widely spread beyond the borders of his country. 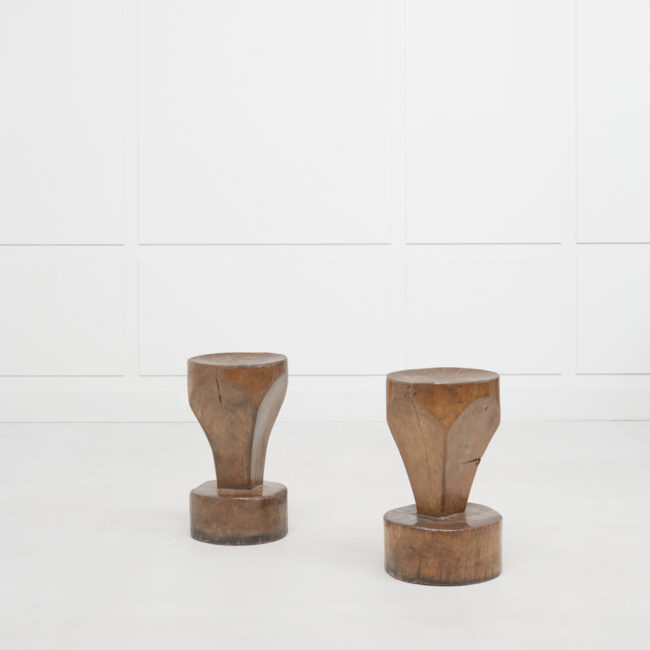 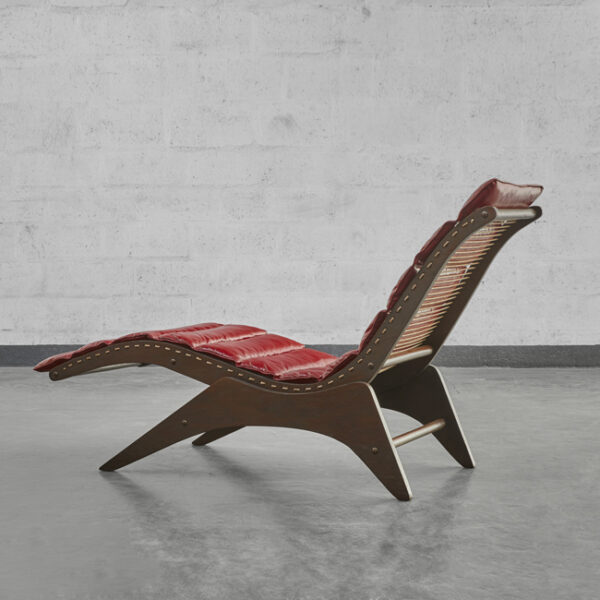 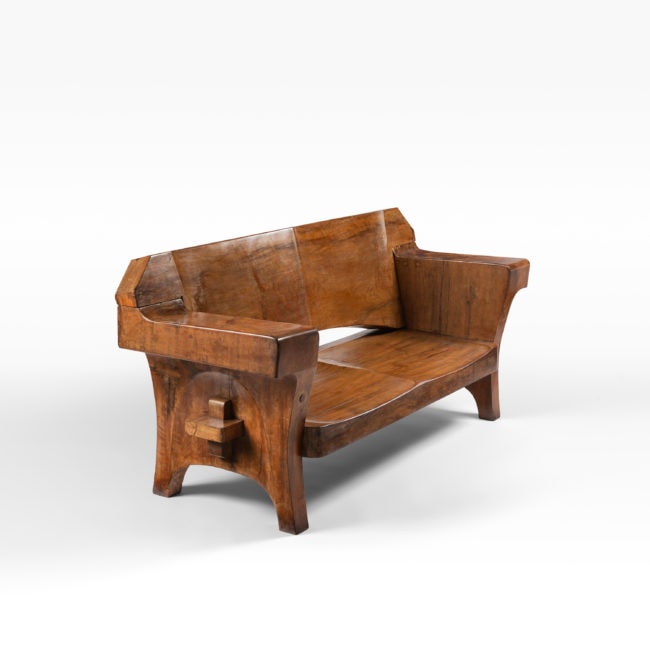