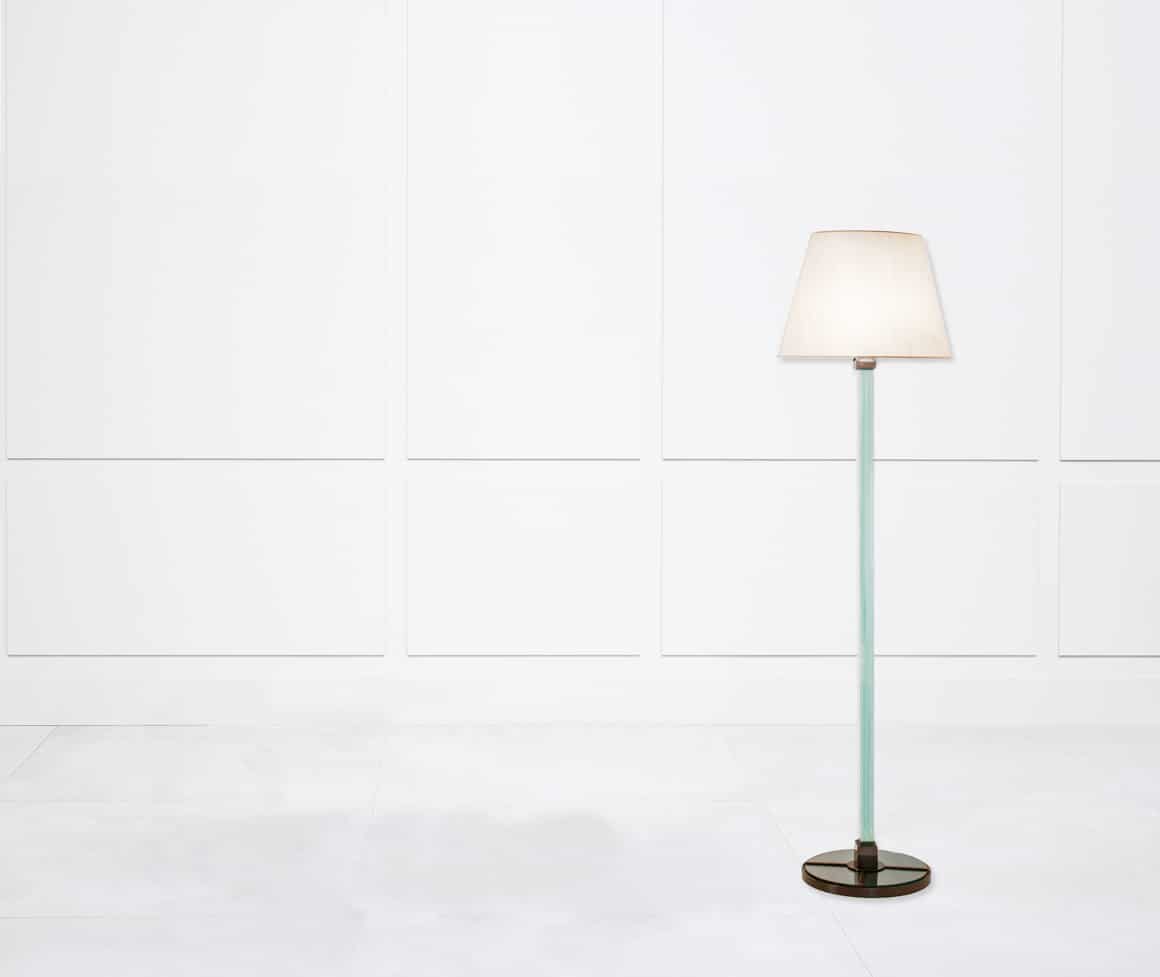 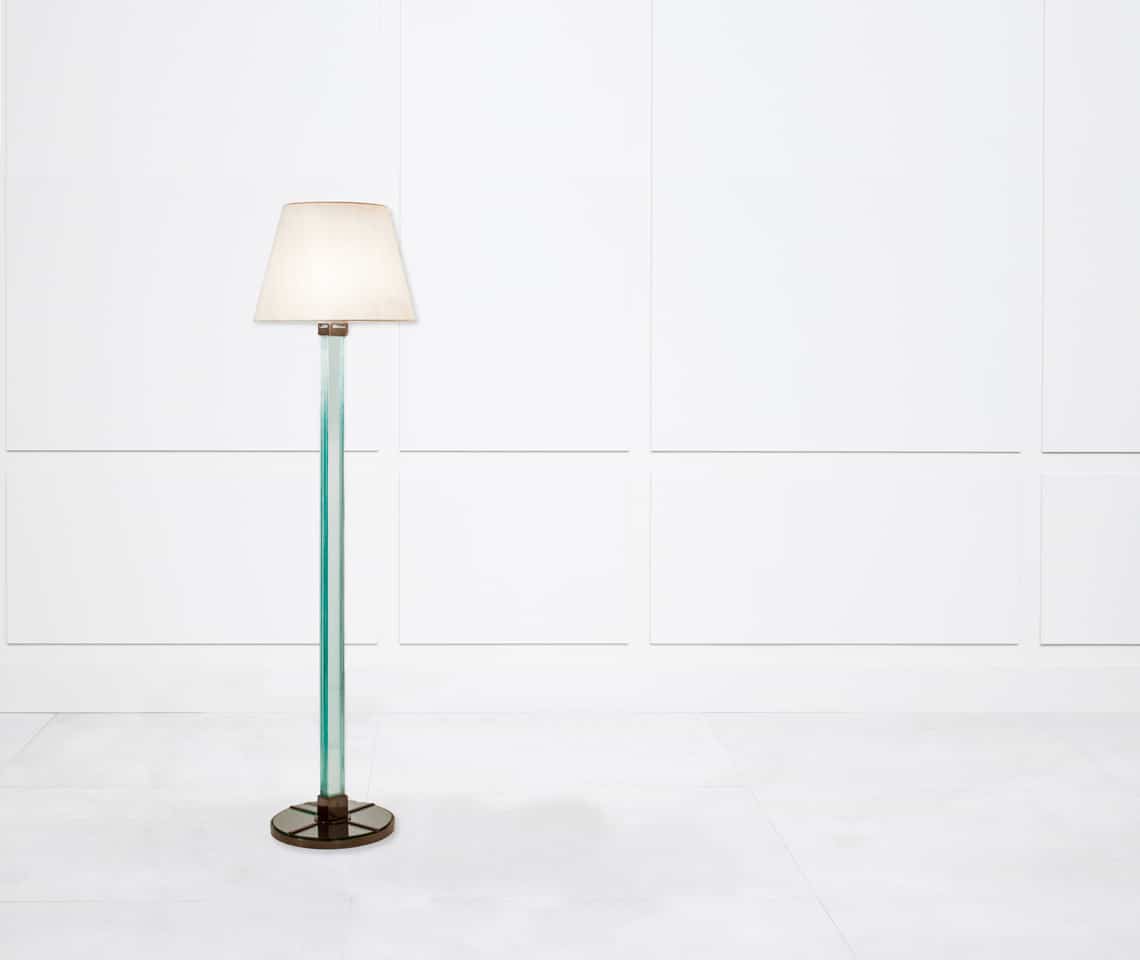 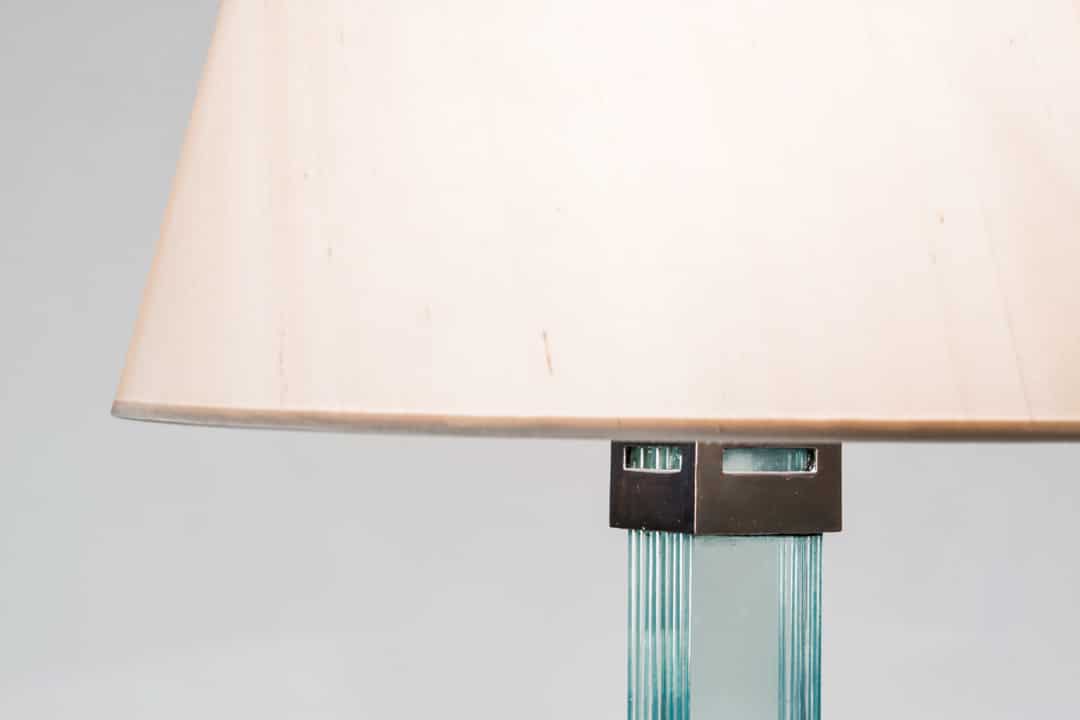 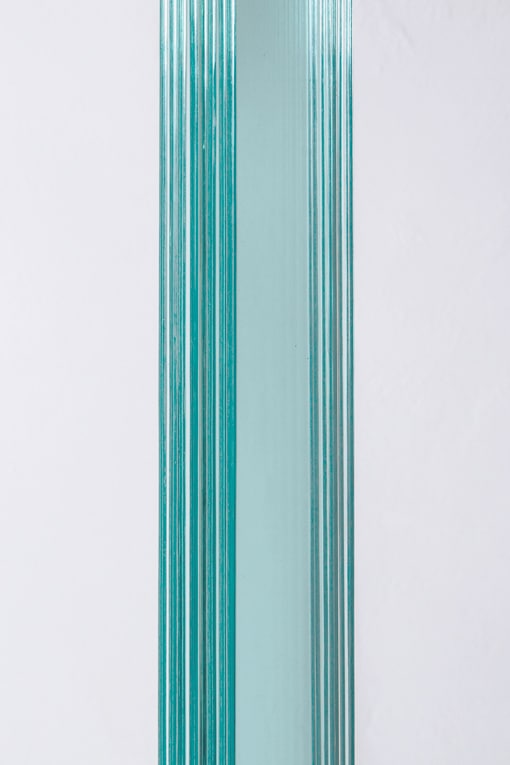 Floor lamp in bronze with a medal pati- na and glass. The bronze circular base with a medal patina is topped by four transparent original glass quarters. The bole formed by eight glass slides, is set at the top and at the bottom in a bronze cube with this same patina. Each elements are original, except the lampshade. A simple cleaning has been made for this floor lamp. A certificate issued by the Jean-Michel Frank’s Committee confirms the authenticity of this piece.

Provenance :
- Special order from the artist by Edward James, poet and sponsor of the Surrealists for his house located 35 Wimpole Street, London.
- Donation in 1964 to the Edward James’ Foundation, West Dean College.
- « A surreal Legacy - Selected works of art from the Edward James Foundation», auction Christie’s London, December 2016.
- Private collection, Paris, France.
- Purchased from the gallery Chastel-Maréchal from the above.