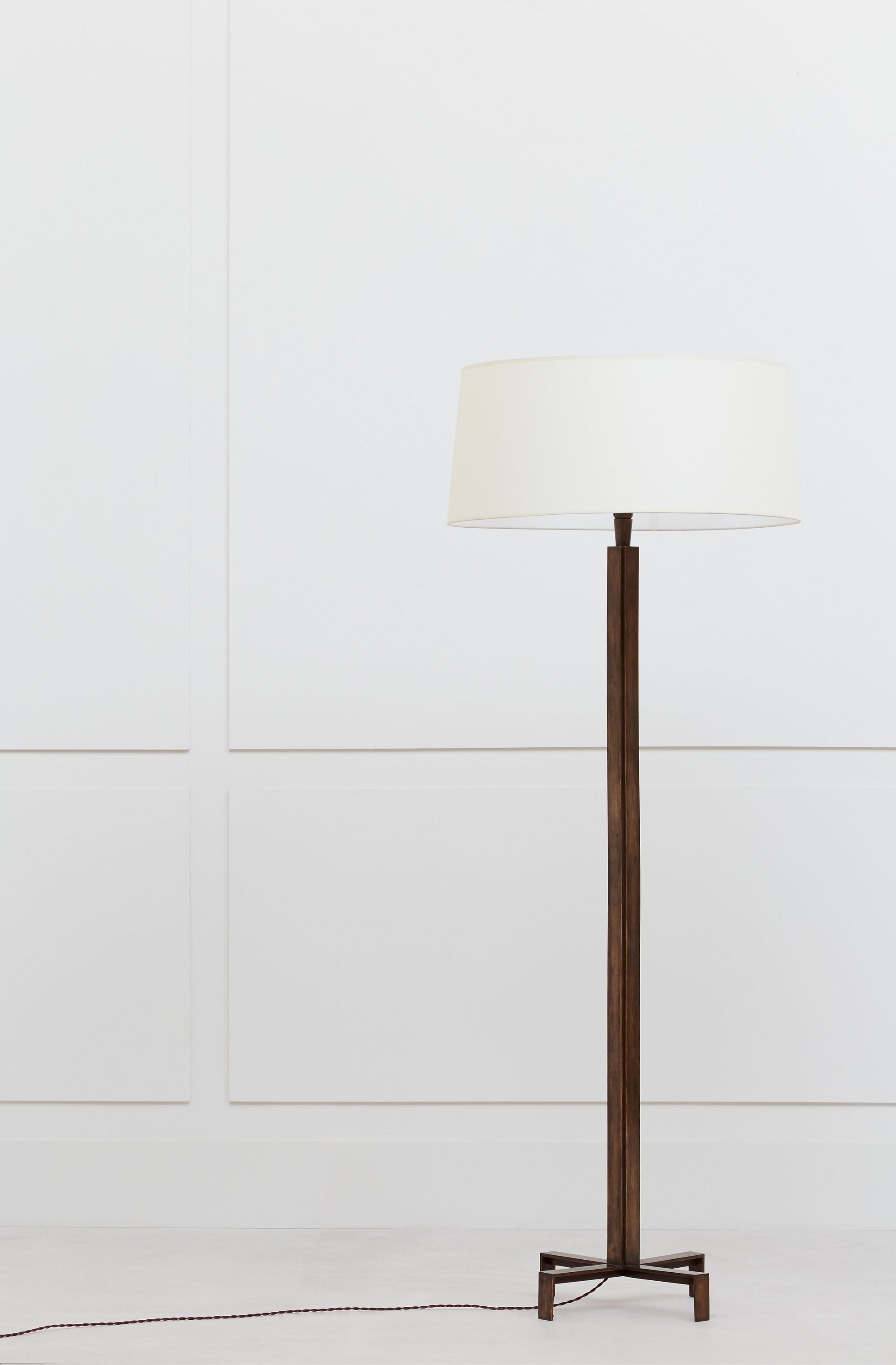 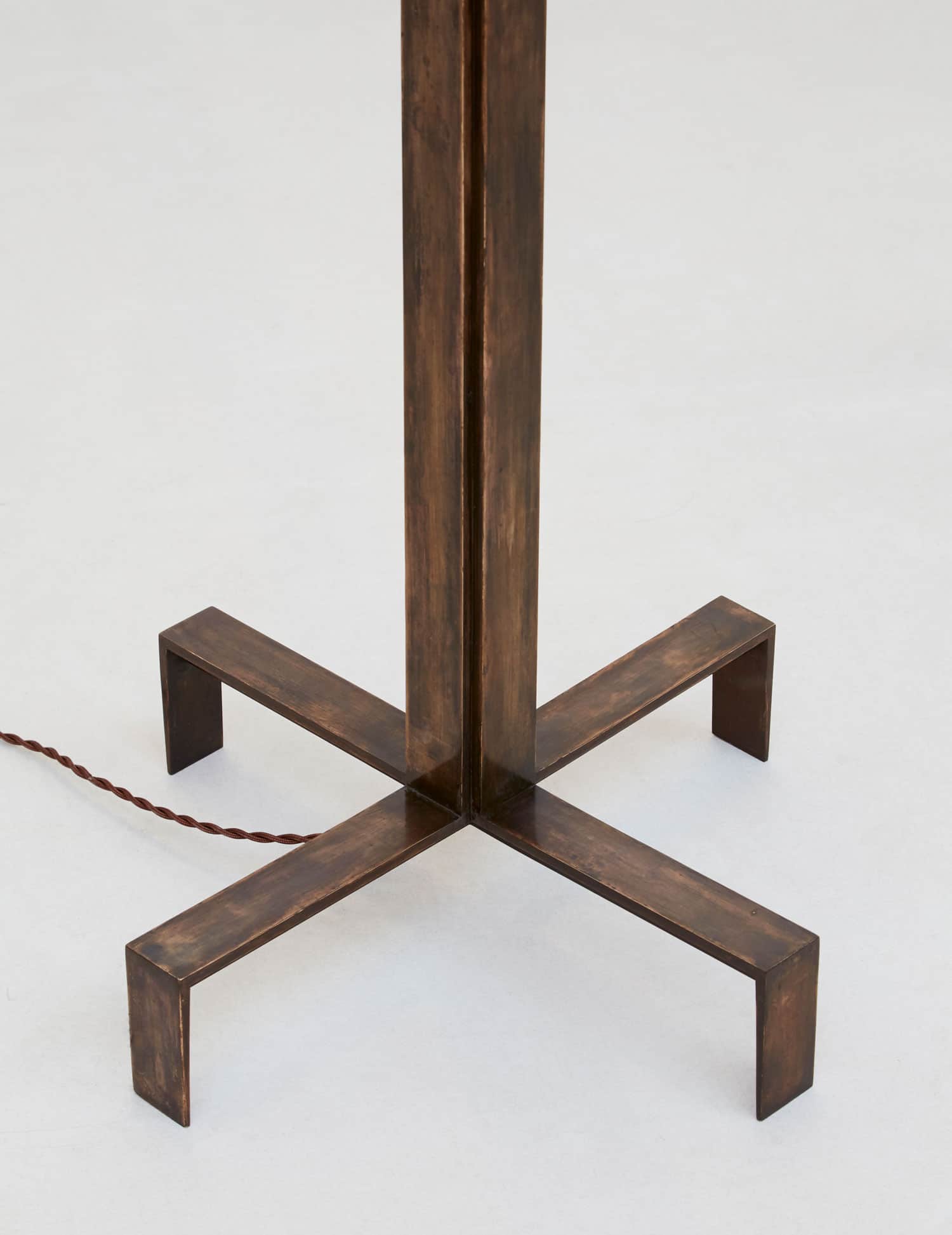 Bronze floor lamp with a parallelepipedic bole standing on four legs.Medail patina according to the original model. Each leg becomes thiner on the base.Fabric lampshade redone as the original. Jacques Quinet’s work, while sober and rigorous, has a sense of rhythm. Against the excess of functionalism, his style is a modernised neoclassicism, a sober luxury. His career, which spans nearly five decades, proves his ability to adapt and renew himself. Georges Fontaine, general administrator of the Mobilier National, speaks of «Jacques Quinet’s sensitive geometries».The floor lamp presented here belongs to a set designed by Jacques Quinet around 1960-61 for a financial company in Marseille. This set included several pairs of armchairs, desks, light fittings, and a pair of chests. This set of furniture is emblematic of the style of Jacques Quinet, who worked throughout part of his career on private building sites, but also on the design of public places, such as the liner France and the Hôtel du Roy René in Aix-en-Provence. The four-legs base with right angles, the medal patina on the bronze are characteristic of Jacques Quinet’s sober and elegant style.

Provenance :
- Special order for a financial society, Marseille (South of France), 1960-61.
- Then by descent.
- Purchased directly by the gallery Chastel-Maréchal from the above.