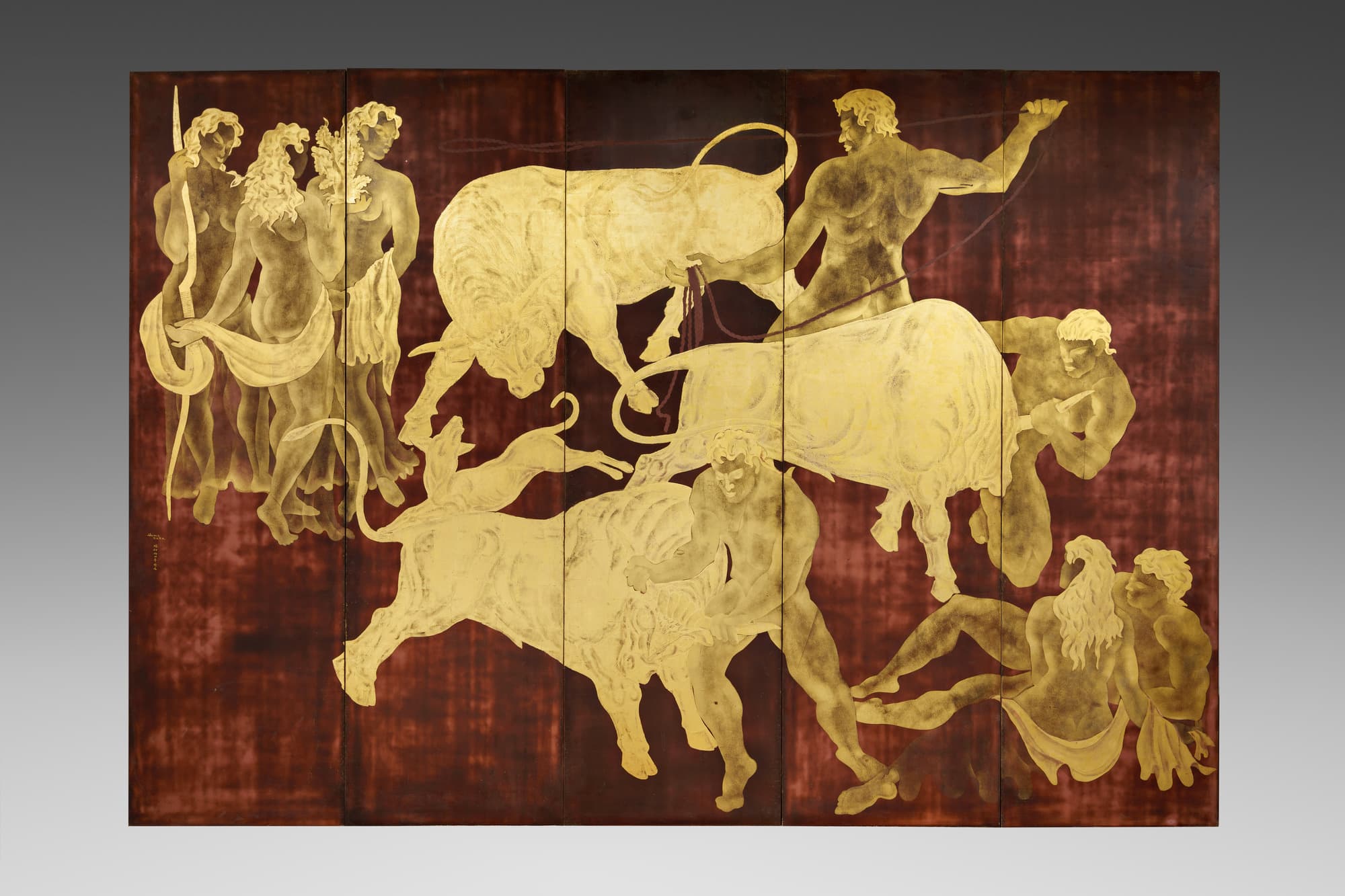 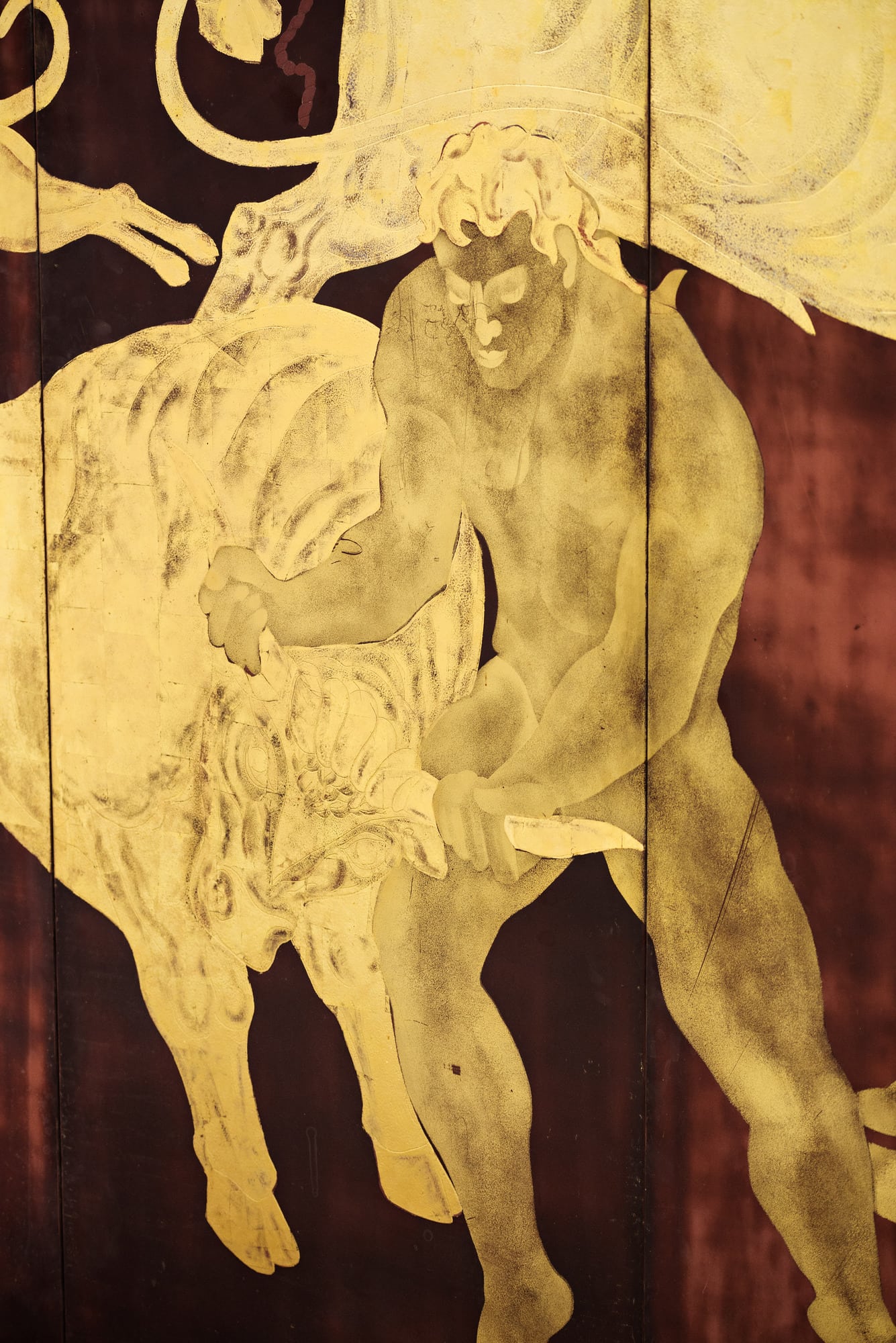 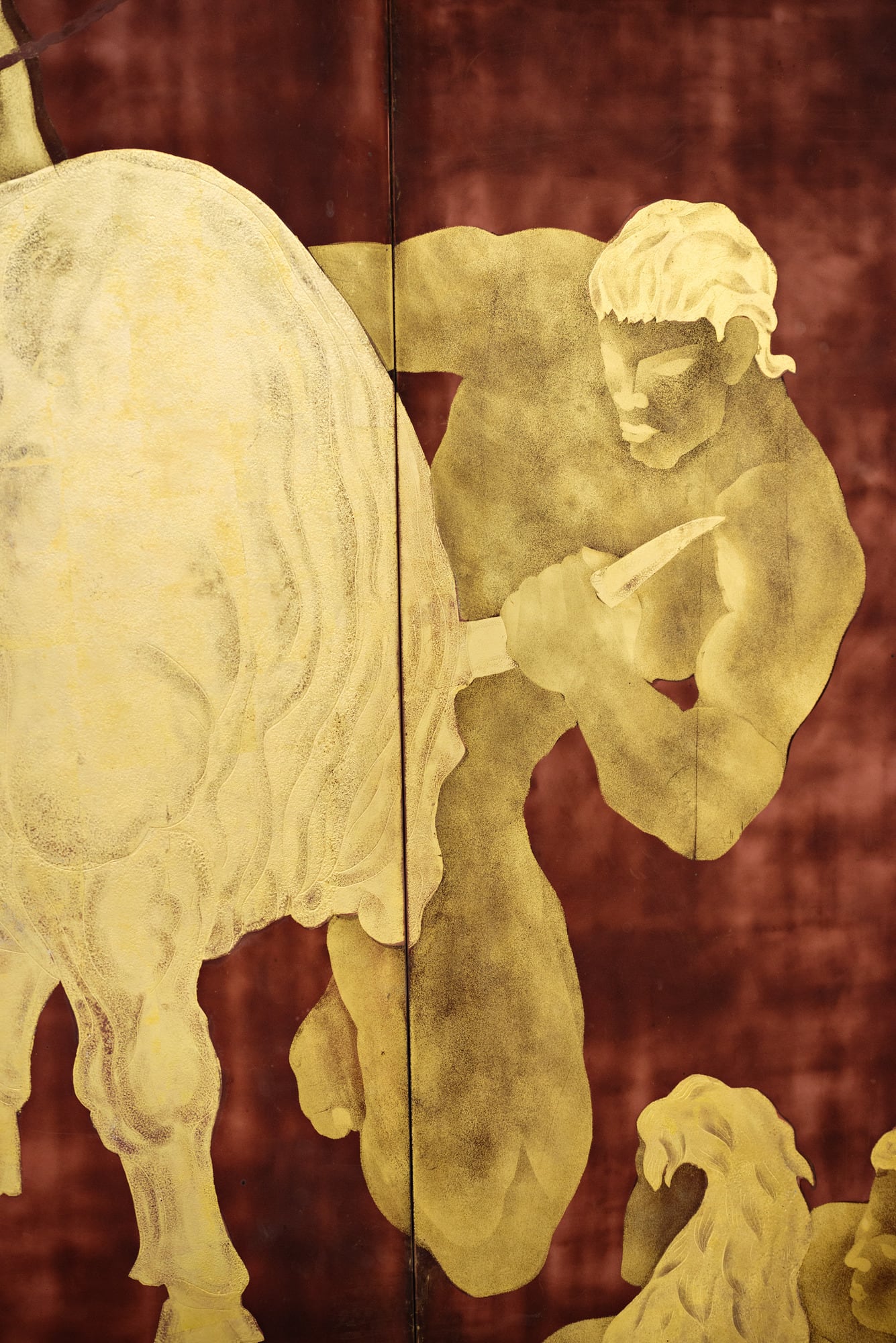 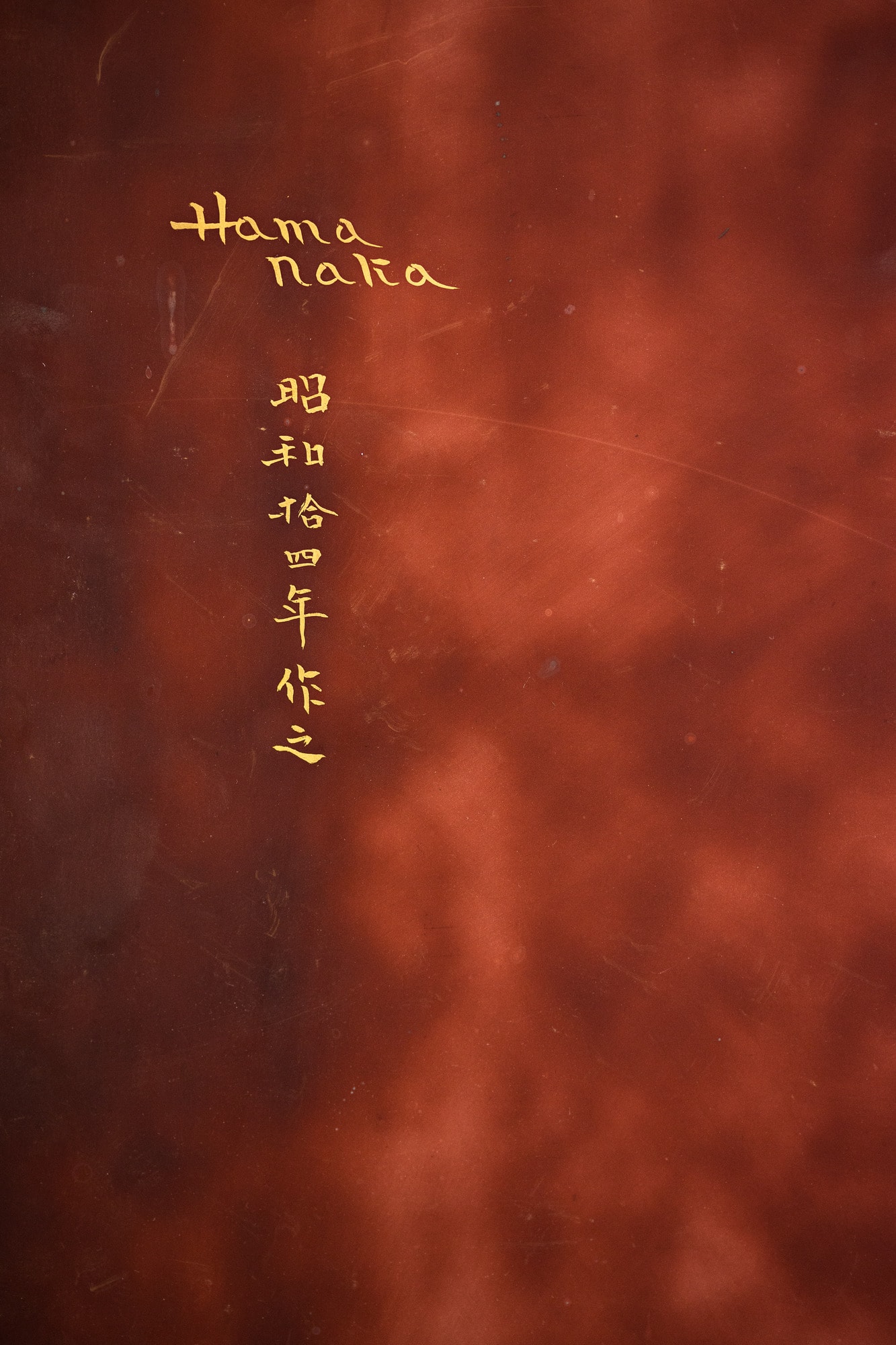 A unique, monumental decorative panel made of five slatted boards covered in Urushiol-based lacquer showing a scene with men fighting bulls and female figures. The motifs are engraved and coated either in gold leaf or gold powder using a technique called ‘aventurine’. Signed ‘HAMANAKA’. Beneath, a Japanese inscription reads ‘made in Showa 14’, which means the piece was finished in 1939 (the Showa period began in 1926 and ended in 1989). The panel was shown on a double-page spread of the 1940 Christmas edition of ‘l’Illustration’, in an article on lacquer work in the 1930s. It is probably Katsu Hamanaka’s last masterpiece; a work of art which unites traditional Japanese craftsmanship and Western culture. He left France in 1940, only returning in 1952. He never worked with lacquer again.