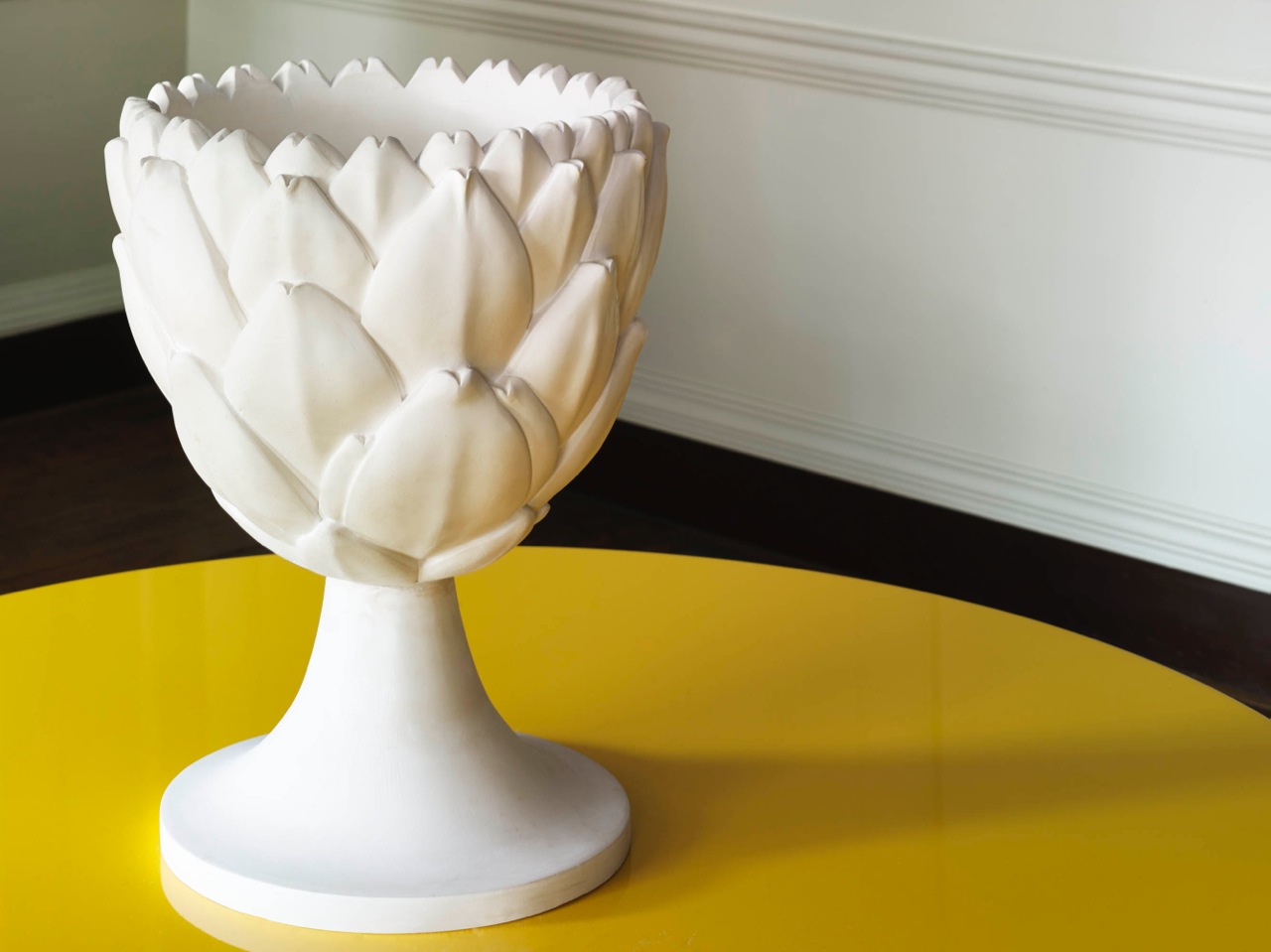 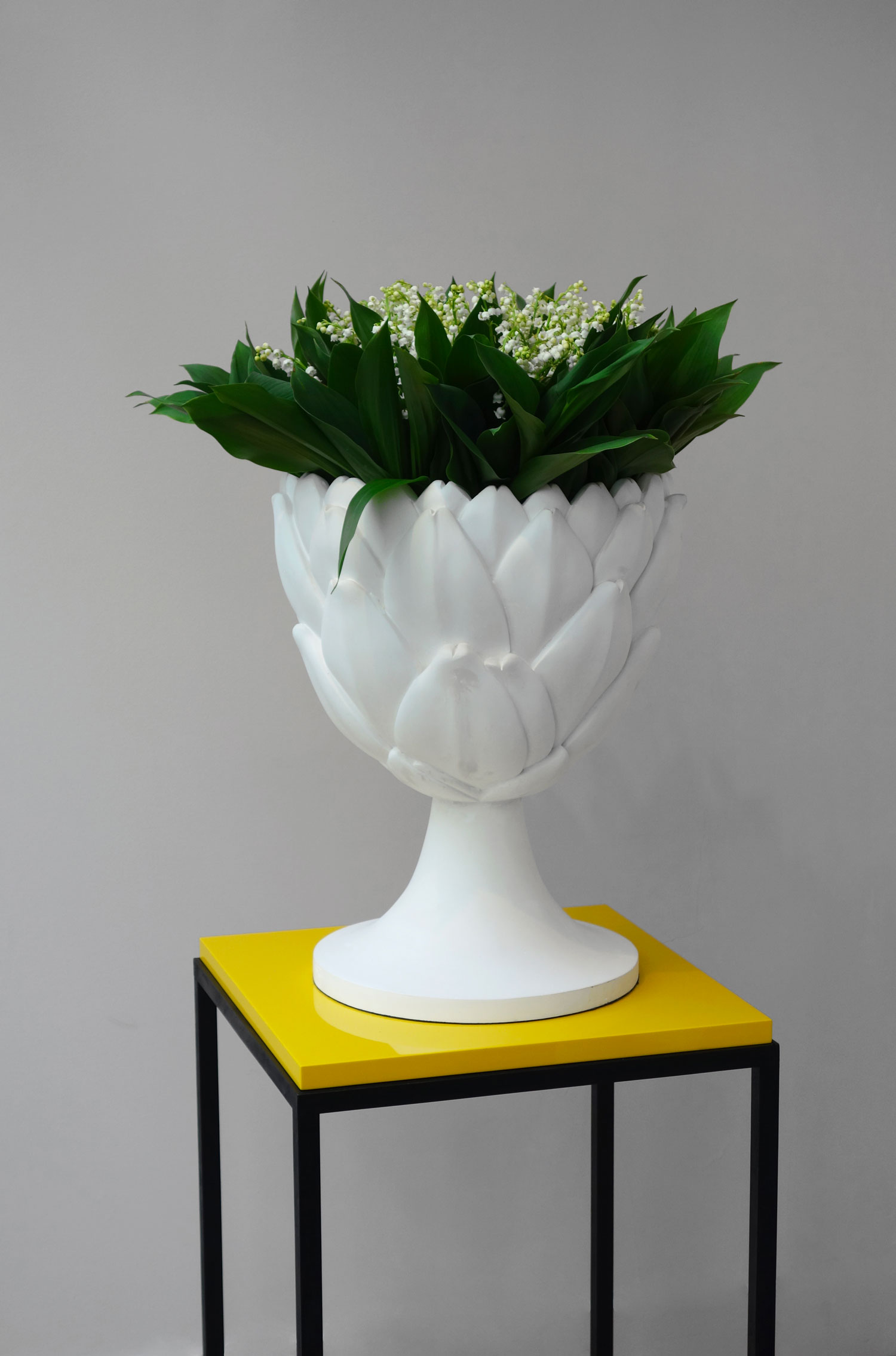 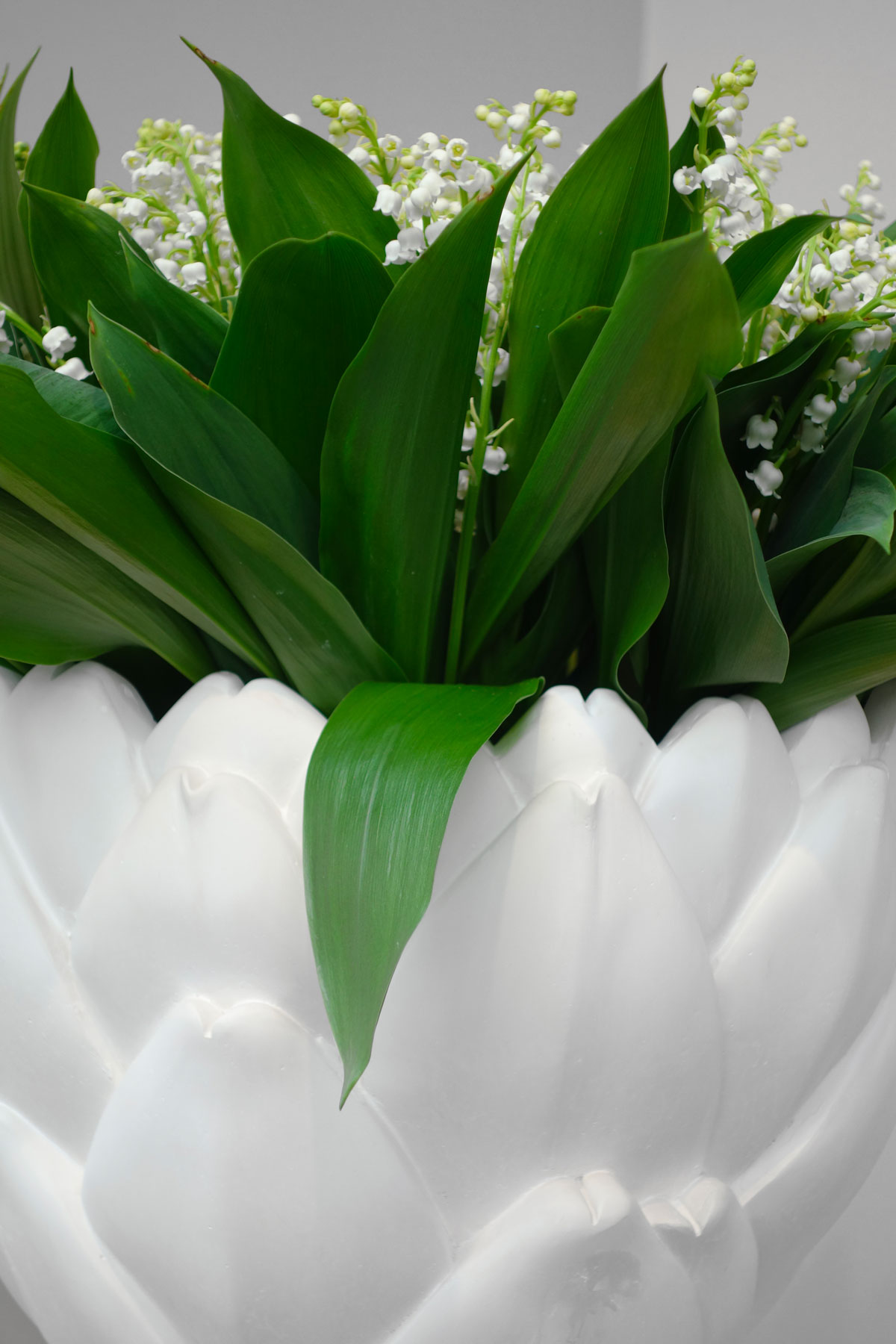 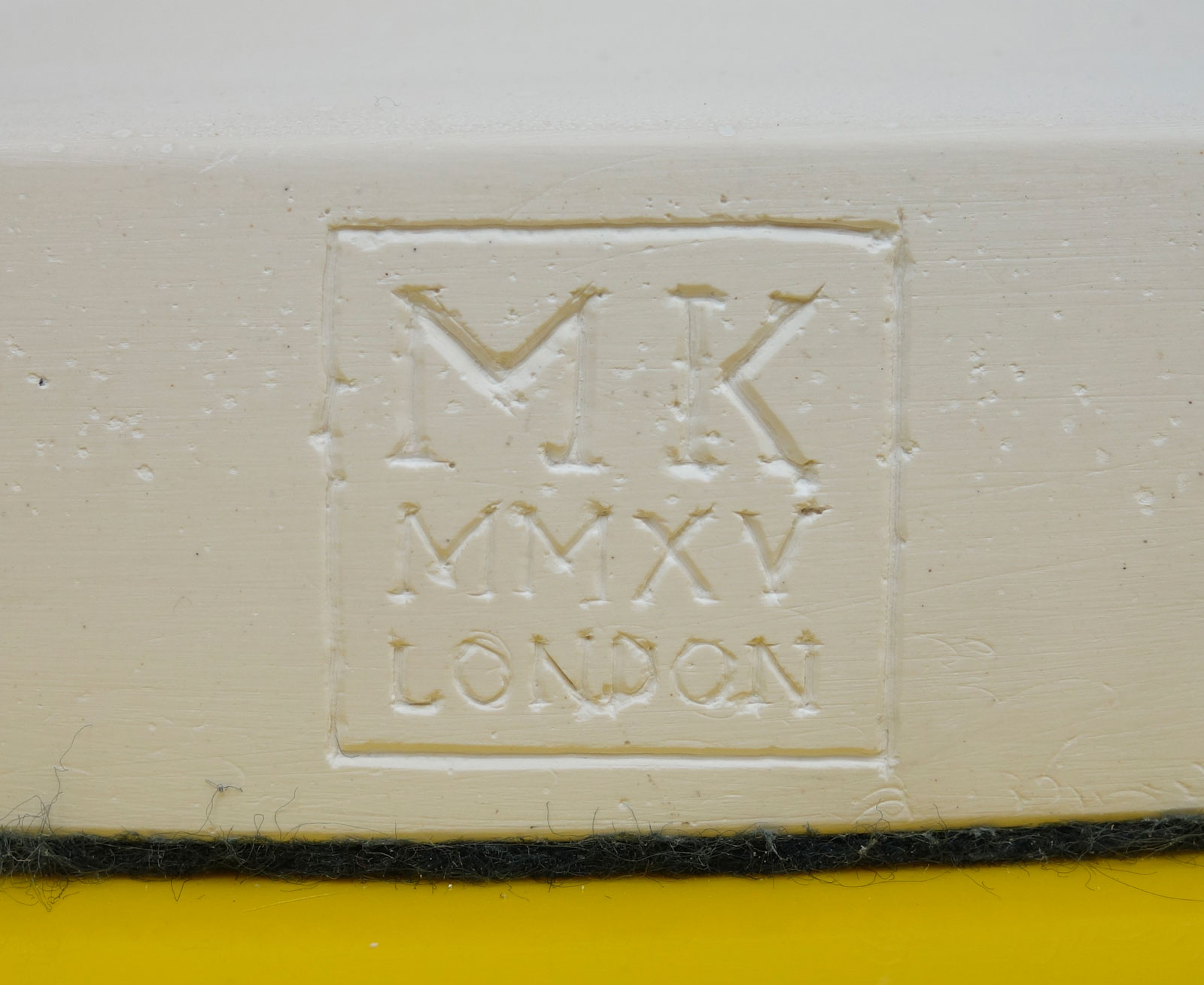 Important vase made from unsealed plaster.In the shape of a stylized artichoke, this tall vase stands on a baluster base. Unsealed plaster was often used by the brothers Giacometti for Jean-Michel Frank and by the English decorator Syrie Maugham in the 30’s. They particularly liked its vibrant white, which, with time, will have an attractive patina, as our vase. Signed on the edge of the base in a text box «MK MMXV LONDON»