Born in 1908, Denyse Gatard was the older sister of the famous ceramist Georges Jouve. She was educated at the ‘École d’arts appliqués’ of Paris, and then followed the drawing lessons of the ‘Académie de la Grande Chaumière’. She worked in Jean Dunand‘s workshop, the famous Art deco lacquer, where she learned the art of lacquer, then, she decided to follow her husband in Indochina, in Algeria and in Morocco, where she familiarized with clay modelling.

After the war, she improved her knowledge with her brother, in Paris. From 1947, she developed a magnificent enamel in golden lustre and created mirrors, ashtrays, trays, small bowls, as well as a serie of jewels designed during the 50s. Her production was essentially distributed by Parisian galleries ‘L’Arcade’ and ‘Siècle’. Her pieces were also exhibited in interior decors designed by Maurice Pré, her second husband. Until 1965, Denyse Gatard participated to the ‘Salon des Artistes Décorateurs’ and the ‘Salon des Arts Ménagers’. 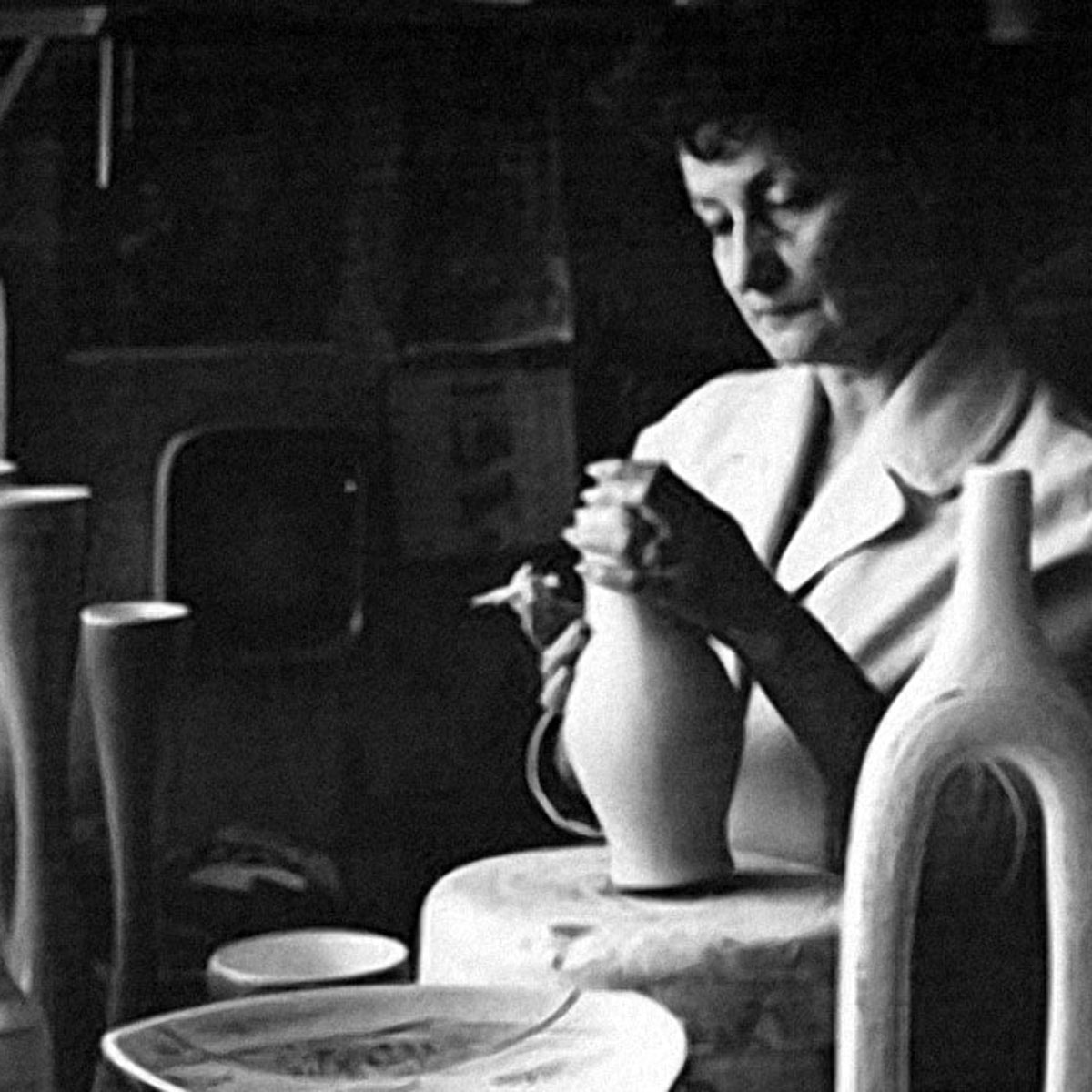 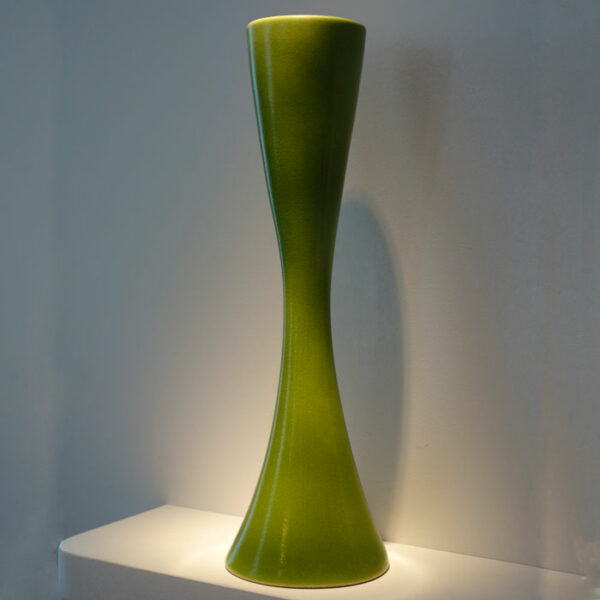