Adolphe Pelsener said Ado Chale was born in 1928 in the popular district of Molenbeeck in Brussels. He spent his childhood in Pécrot in the Walloon Brabant countryside. Authentic self-taught man, he learns the forge and works in an advertising sheet metal factory.

At the beginning, he hammers silver and creates jewels but also his first table tops trays in cement inlayed with small marcassites collected at the foot of the cliffs in the North of France. At the end of the 50’s, he really discovered mineralogy during a trip in Germany. In 1962, he opens with his wife, Huguette Schaal, their first gallery in Brussels, Livorno street. It is at that time that Adolphe Pelsener becomes Ado Chale.

From the end of the 60’s, Ado Chale researched semiprecious stones in every part of the world such as in Arizona, India, Afghanistan, Pakistan, Madagascar or France … Stones that he discovered were inlayed in an epoxy resin, a new material that, at the the time was going to widen aesthetic possibilities: bigger tops, completely covered with stones polished with diamonds.

In 1967, Ado Chale participates in the World Exhibition of Montreal. He will exhibit in the European Pavillon a map of the Union without border completely covered with marcassites. The year after, Chale gallery moves in a private mansion of the avenue Louise completely rearranged by the architect André Jacqmain and whose facade, in sharp of diamond, was the work of the Belgian ceramist Pierre Culot. This gallery will attract a refined and varied clientele, from the Belgian aristocracy to the Prince of Arabia, including interior designers and collectors. All these people will make the fame of the artist. 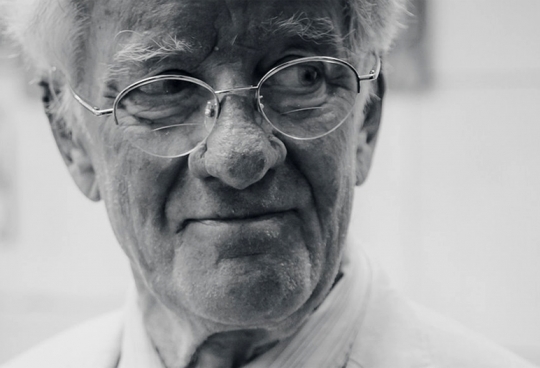 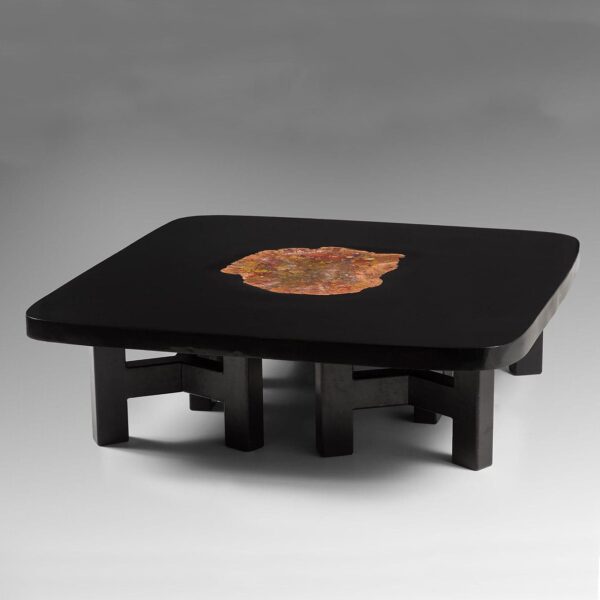